ATFL Will Host Its 2023 Annual Awards Gala Dinner at the Ritz-Carlton Hotel in Washington, DC

We look forward to celebrating with you!

The American Task Force for Lebanon is a 501(c)3 nonprofit organization of prominent Americans of Lebanese heritage, who work to strengthen the historic U.S.-Lebanon relationship. The mission and objectives of ATFL are always in the best interests of the United States, and promote the national unity, independence, and prosperity of a democratic and multi-sectarian Lebanon. 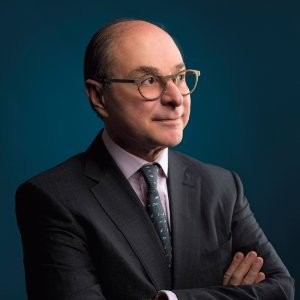 . . . recognizes exceptional achievement in the arts, culture, and/or education. It is named for Peter J. Tanous, a founder of the American Task Force on Lebanon who has dedicated much of his life in support of higher education and recognition of artists, media, movie, and TV personalities from Lebanese ancestry. Mr. Tanous served as ATFL's Founding Chairman from 1987-1990 and has continued to serve on its board of directors. Under the tradition of his leadership and guidance, ATFL has grown into a nationwide network of members that celebrate their Lebanese heritage with a deep commitment to improving the US-Lebanon relationship.

Dr. Joseph E. Aoun is the seventh President of Northeastern University in Boston, MA and is considered an internationally respected voice on the value of global and experiential education.

President Aoun led the global expansion of Northeastern’s signature co-op program, bringing experiential learning opportunities to 148 countries. During his tenure, the University has created a global university system spanning 12 campuses across North America and the UK, quadrupled external research funding to more than $200 million in annual awards, hired more than 800 tenured and tenure-track faculty, and earned the designation of an R1 research institution.

He is the author of numerous articles and books, including Robot-Proof: Higher Education in the Age of Artificial Intelligence (MIT Press, 2017). In it, he confronts the need for colleges and universities to meet the challenges and opportunities of the complex digital economy. The book lays out a blueprint for higher education with three primary components: a new curriculum for the A.I. age; the case for experiential learning, the ideal delivery system for this new curriculum; and a call for higher education to place lifelong learning at the heart of the educational enterprise.

President Aoun came to Northeastern from the University of Southern California’s College of Letters, Arts & Sciences where he was the inaugural holder of the Anna H. Bing Dean’s Chair. He received his Ph.D. in linguistics and philosophy from the Massachusetts Institute of Technology and advanced degrees from the University of Paris VIII (France) and Saint Joseph University (Beirut, Lebanon).

Under Dr. Aoun’s guidance, Northeastern has become a leader in globalized education, experiential learning, and innovation and real-world application of research. He is an example of exceptional achievement in education, and the American Task Force on Lebanon is honored to bestow him with the 2023 Peter J. Tanous Founder’s Award. 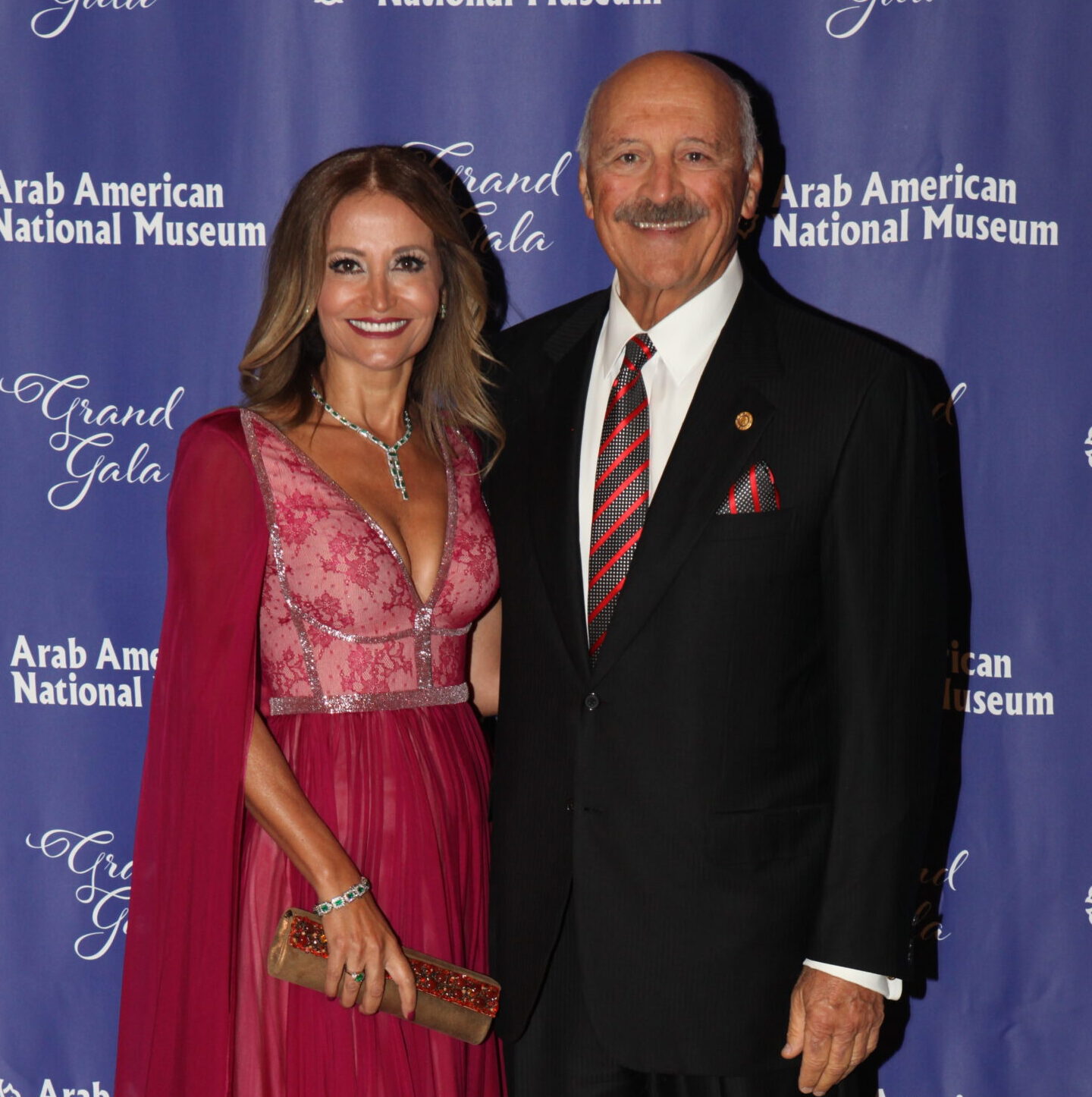 . . . recognizes individuals of Lebanese heritage for exceptional achievement in business, public service and philanthropy. It is named for Issam M. Fares, the former deputy prime minister of Lebanon, successful industrialist and global philanthropist. Minister Fares served as deputy prime minister of Lebanon from 2000 to 2005. Prior to that his career spanned four decades in the Persian Gulf, where he played a key role in the infrastructure buildout of that region. Minister Fares is most recognized throughout the world for the many charitable, educational and developmental programs and projects he has supported over the past several decades.

Ghassan Saab is also a corporate leader of the real estate development company SGT, Ltd. I, the manufacturing services company WGS Global Services, LC, and other enterprises. Ghassan contributes time and resources to numerous charities and civic organizations in his local community, on the national level in the US, and internationally. He is the recipient of many awards and honors including the prestigious Ellis Island Medal of Honor. Ghassan was born in Choueifat, Lebanon and graduated from the American University of Beirut with a degree in Civil Engineering. He is also a graduate of the National College of Choueifat in Lebanon where he obtained the Lebanese Baccalaureates I and II.

Manal Saab joined SGCS after spending 17 years in healthcare at the MetroHealth System in Cleveland, Ohio, leaving as the Director of Government Affairs and Community Relations overseeing local, state, and national healthcare legislation for one of the nation’s largest and most successful publicly owned hospitals at the time. Appointed by Michigan’s Governor as Chair of the Commission on Middle Eastern American Affairs for the State of Michigan. She is serving as Vice Chair of the Community Foundation of Greater Flint; past Chair of the National Advisory Board for the Arab American National Museum; past Chair of the American Druze Foundation Board of Trustees. She is an Emeritus member of the Board of Governors of ALSAC/St. Jude Children’s Research Hospital recognized as the top medical charity in the U.S. A founding member of the national professional advisory board of the Center for Arab American Philanthropy (CAAP), a founding member of Takreem-USA, and cofounder of Lebanon Relief Project.

Manal and Ghassan are the first Flint-area philanthropists to receive the 2010 Russell G. Mawby Award for Philanthropy, the highest award recognizing philanthropy in the State of Michigan and the Rotary International Crystal Award. They were both selected 2016 honorees by ACCESS, the largest Arab American Social Services organization in the U.S. The American Task Force on Lebanon is grateful to have the opportunity to bestow the 2023 Issam M. Fares Award to Manal and Ghassan and considers them to be invaluable members of the Arab American and Lebanese American communities, as they have each contributed a lifetime of exceptional achievement and leadership – both as individuals and partners. 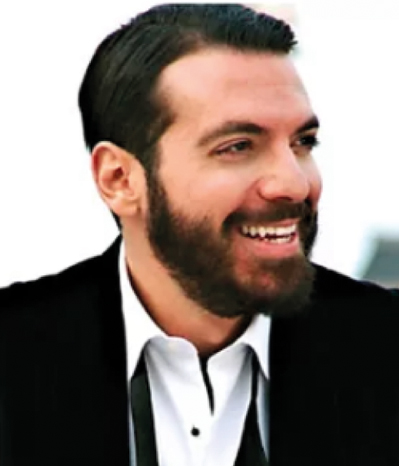 ..."Like a missile piercing the air the voice of Lebanese-born opera singer Amine Hachem propels him to the top of his profession." (Al-Mohajer/The Emigrant)

Dubbed as “a soulful and handsome young man who delivers an electrifying and thrilling performance, bringing the crowd to their feet” (An-Nahar), Amine J. Hachem is a Lebanese-American operatic and crossover tenor who has captivated audiences across the United States, Europe, and the Middle East. He has been a leading tenor in several operas and musicals, including La Traviata, Tosca, La Bohème, Carmen, I Lombardi alla Prima Crociata, Madama Butterfly, Phantom of the Opera, Evita, and Joseph and the Amazing Technicolor Dreamcoat.

Amine has also shared his talent supporting various charitable causes and service organizations worldwide, including SOS Children’s Villages, Caritas Internationalis, Red Cross, Rotary International, Lion’s Club, and St. George’s Hospital. He was the featured performer at the St. Jude Hope and Heritage Gala, 2014 premier New York fundraising event for the renowned St. Jude’s Hospital. He sang in the summer series festival (June, 2014) at the Basilica of Old St. Patrick’s Cathedral, NYC. Honors were bestowed upon him the summer of 2011 with a trophy of recognition from the Lebanese Navy in gratitude for his musical performances and love of cultural heritage. Additionally, he had the privilege to sing before the President of Lebanon and the King and Queen of Jordan. 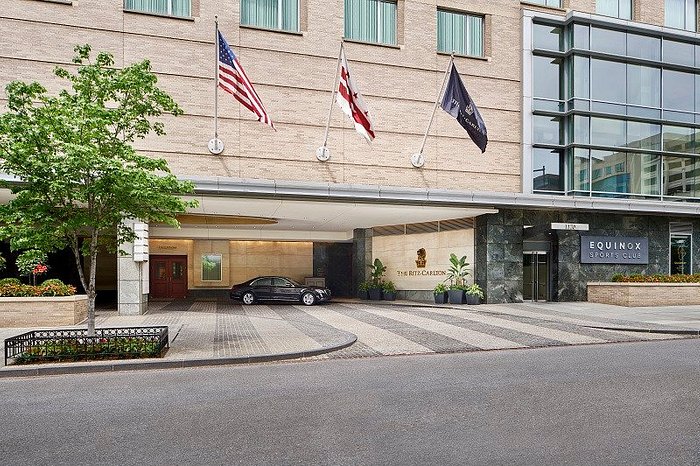