A New Milestone or Maybe a Tombstone – 10,000 Lira to the Dollar 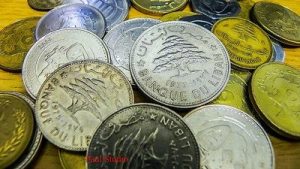 On Tuesday, March 2, the Lebanese pound or lira eroded even further into becoming a failed currency, if there is such a thing. From an official exchange rate of 3,900:1, “The cost of scarce dollars hit 10,000 Lebanese pounds on Tuesday, said three currency dealers on the informal market, a main source of cash since banks stopped dispensing dollars.” A note from a Lebanese on WhatsApp best sums it up: “We are dying, 10,000:1, people are crying in the streets.” Lebanese television carried stories about the pain caused by another decline in the currency’s value – about people who can no longer afford to buy food and those who are just trying to get together enough money to leave the country.

Towards the end of last year, many demanded on social media that the government use the gold reserves at the Central Bank (BdL) to inject more liquidity into the monetary system. While this would have stripped Lebanon of its last bunker of fiscal security, the BdL proceeded to print even more pounds, giving credence to the expression “good money after bad,” except that it’s all bad. The good money in Lebanon can’t be accessed by depositors due to informal capital controls and the dwindling foreign currency reserves, being squeezed to pay subsidies on basic products.

While “fresh money” or new dollar deposits from overseas can be withdrawn for a full range of banking operations, such as foreign currency cash deposits and withdrawals, issuance of banker’s checks, local and international transfers, letters of credit, and commercial transactions in US dollars, Euros, and other major currencies, this has not relieved the pressure on consumers facing dramatic increases in the cost of living. The most recent currency drop means that effectively, the average monthly wage in Lebanon is equal to $68, lowest in the Arab world, even below Syria’s $100 per month.

According to a recent Bloomberg survey, consumer prices jumped 145.8% in December versus the same month of 2019. This was most painful in food, rising more than 400% from a year ago, with clothing (560%), restaurant and hotels (609%), and furnishing and maintenance up 655.1%. Food security has become the most critical issue in the country, surpassing concerns with securing vaccines. While the recent snow in Lebanon made for great pictures, it exacerbated heating fuel issues and the difficulty of navigating muddy fields and tent cities that the refugees endure.

A number of “fixes” are being floated to re-establish the value of the lira, from a currency board that would stabilize the lira by setting a fixed exchange rate with a foreign currency, to dollarization, replacing the lira completely for transactions with a foreign currency. Any solutions must deal in the immediate term with two basic challenges – enabling a transparently functioning BdL and restraining government expenditures while creating an economy attractive to international investors. There are many specialists who claim that properly constituting the Central Bank and preventing it from funding government expenditures are the most impactful actions that can be taken and the quickest route to domestic and international credibility and trust. Dealing with the massive core liability of the national debt as a result of years of mismanagement and corruption will take more years and require painful adjustments from public sector employees and local banks holding Lebanese government bonds.

The complexity of finding the “right” solutions is highlighted in the BdL report that at the end of February 2021, foreign currency assets fell by 41% from February 2020. This was largely due, among other reasons, to the financing of subsidies for essential consumer items including imports of fuels, wheat, medicine, medical equipment, a basket of around 300 food and non-food items, and raw materials for agriculture and industry.

While the subsidies have been helpful, the most recent review by the caretaker Minister of Economy and Trade, Raoul Nehme, and his Economic Adviser, Dr. Leila Dagher, noted that, “In summary, the current scheme is unaffordable, inequitable, and inefficient as a policy instrument to help the poor and vulnerable but was necessary as a quick fix until a full-fledged program is designed and implemented.” They point out that, “It is estimated that the central bank’s current foreign exchange subsidy scheme will deplete its reserves by approximately $7 billion in 2021 if no changes are implemented.”

Without a significant, immediate, and transparent set of solutions to alter the downward trajectory of the fiscal and banking regimes in Lebanon, the country faces a bleak spring. This is due in large part to a leadership that prefers to let the country fall into the abyss while counting on the international community to come to the rescue. The oligarchy will be disappointed. The message from abroad is clear: implement reforms and funds will come. Without a commitment and action from the government, Lebanon will soon drown in its financial excess and humanitarian tragedy.