No One Left in Lebanon but the Wicked and the Weary 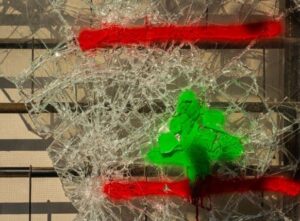 It is no surprise to those who read my blogs to note that from time to time I make references to my family, especially the wisdom of my parents. These days, thinking of Lebanon, two expressions from my mother seem appropriate: “There is no rest for the wicked,” and, “There is no rest for the weary.” Today, in my mind, they both apply to Lebanon, but at opposite ends of society.

The expressions have similar origins. According to one source, “No rest for the wicked begins as no peace for the wicked in a 1425 rendering of the Old Testament’s Book of Isaiah 48:2: ‘The Lord God said, peace is not to wicked men.’ The sentiment is echoed in Isaiah 57:20, which in the King James Version reads: ‘But the wicked are like the troubled sea, when it cannot rest.’” No rest for the weary is rooted in a proverb that implies resignation and perseverance, accepting to continue to slog along despite being downtrodden. And so we have the status of Lebanon reduced to two simple expressions…thanks Libby.

Some may take umbrage at referring to Lebanon’s leaders as the wicked, but how else to explain their lack of remorse when it comes to rescuing the “weary,” the Lebanese whose desperation is due largely to the politicians’ mismanagement and venality? Karim Emile Bitar, head of the Institute of Political Science at Saint Joseph University in Beirut, has remarked, “Lebanon’s political class continues its long habit of bickering and fighting for resources, but – with hyper-inflation and rampant poverty – it’s like they’re squabbling over a field of ruins, where there isn’t much left to divvy up or to steal.”

The recent threats by major EU powers to sanction Lebanon’s leaders indicate the frustration of the international community with business as usual by the ruling elites. “Lebanon’s political class – which is totally incompetent when it comes to governing but very effective at staying in power – was playing a game in which it pretended to listen to Macron while in the glare of the world’s attention after the Beirut blast, without actually doing anything to follow through,” Bitar said. The oligarchs are even second-guessing the Biden administration, hoping that détente with Iran will give them a lifeline to continue their avarice and gradually cede even more power to Hezbollah.

Left in limbo are the investigations into the blast at the Beirut Port, the assassination of Lukman Slim, and violations of human rights by some security forces. With the economy in freefall, the “weary” find themselves without funds to purchase essential supplies while the cost of living is up over 146%. The Parliament has not acted on bills submitted that would incrementally move towards reforms, causing the caretaker Prime Minister Diab to attempt to leave his position. Bitar said, “It’s a surreal situation. Diab’s government has admitted that it’s totally impotent – with an energy minister who announces that the electricity will be cut in a fortnight, an interior minister who says security forces are no longer able to ensure people’s safety, and a prime minister who has handed in his resignation and doesn’t want to be doing the job.”

In the street the people are seething, fighting the government and demanding change; and fighting among themselves for scarce commodities. As CNN reported, “The loss of subsidies could be the watershed moment that threatens to tip Lebanon over to Venezuela-like scenarios, exacerbating the existing food, fuel, and medical shortages.” It continued, “Families living on a minimum wage — now less than $50 a month — will be unable to afford basic food staples as inflation skyrockets. Already strained security forces, which must contend with the frustrations of its newly pauperized rank and file, will have to deal with growing crime rates and the possibility of long-simmering political tensions coming to a head.” There is talk that civil conflict in inevitable without a breakthrough to reset the economy.

The tension is spiraling upwards as Hezbollah and the Maronite Catholic Church squared off about the need to move ahead by enlisting the international community’s support. Sayed Nasrallah, the Secretary General of Hezbollah, walked back his support for a government of specialists to implement reforms, claiming that relying on the IMF restructuring was an American-Israeli plot. No one escaped his ire. He called out the Patriarch, the head of the Maronite Church; PM designate Saad Hariri who is unable to form a new government as the power brokers want to retain their prerogatives; the governor of the Central Bank; and the caretaker prime minister whom he urged to be ready for Plan B – to retake the reins of government with no assurances that the results would now be different; saving some vitriol for people demonstrating against the government for relief.

The famed resilience of the Lebanese is fading rapidly as the street is becoming more militant. There are only two classes left, the wicked and the weary. Tempers are rising; security less sure; and no one stepping forward with solutions acceptable to politicians who resent a diminishing of their powers. With Lebanon quickly approaching the abyss, fear is growing that the country will not survive as an independent, secure, and stable democracy. My parents would not be amused.