Subsidies Mean Survival for the Majority of Lebanese 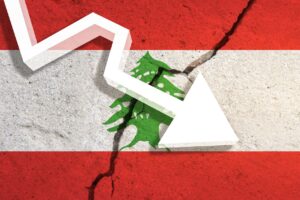 In his latest message to the Parliament, Caretaker Prime Minister Diab emphasized the imminent danger facing Lebanon due to the lack of funds to sustain subsidies. While the Parliament sought to hobble the requirements of the $256 million pledged by the World Bank to benefit their interests and obscure distribution accountability, the lira continued to plunge in value. Now hyperinflation has set in, and the number of poor has skyrocketed.

While Hezbollah is well placed to care for many of the basic needs of its constituents, there is an overall deficit in social, health, fuel, and food for most Lebanese regardless of sect. One story reported that “Lebanon has been spending up to $7 billion a year on subsidies, including a total of $5 billion spent on subsidizing goods that benefit Lebanese families [and that] the government was looking to lower that number to $1.2 billion for subsidies.”

There are three types of subsidies in the Lebanese system. The largest by far is to the electricity company, at around $1.5-2 billion a year for the purchase of generator fuels. After this comes a list of some 300-400 (down from 600) essential food and living supplies for the people through subsidized imports. Finally, there are payments under the social security system for those who have paid into the government program.

What boggles the mind is that about 75% of the Lebanese population is now in need of financial assistance to cope with the economic catastrophe. This represents some 750,000-800,000 FAMILIES in dire straits.

The Caretaker Prime Minister’s goal is clear: “As I have mentioned, Lebanon would be cutting our spending on goods by $3.8 billion. Moreover, the money that Lebanon was depleting on subsidies and imports will be put back in the economy inside the country via the ration card as nearly 3 million Lebanese will be benefiting from it to buy goods and other material from the internal market.”

He added, “Without a government that can implement reforms, the future looks bleak. It is unacceptable to be in a political deadlock at a time when Lebanon is going through social, economic, and financial crises.”

The scope and severity of the poverty may be news, but the reality of subsidies ending this month has been known since at least early April. Caretaker Finance Minister Ghazi Wazni said he was informed at that time by the Central Bank Governor that “Lebanon’s mandatory reserves to fund basic imports” would run out by the end of May. He also warned that “delays in launching a plan to reduce subsidies are costing the country $500 million a month.”

A group of ministers, prominent business people, and economists has presented a plan to President Aoun that would eliminate general subsidies and replace them with cash cards to be targeted to specific families based on transparent criteria. According to Aoun’s media office, the paper suggested two strategies. It said the government should “enforce a number of urgent measures for 12 months, addressing gasoline, fuel oil, gas, medicine, wheat, electricity, and the rest of products; as well as working on reducing the public sector’s expenditures in dollars and shifting the current subsidy policy into providing direct cash assistance, in line with the measures to gradually lift subsidies.” They said that if subsidies are lifted and the ration cards adopted, $6 billion will be saved from the annual expenditure.

What is quite sad is that under the formula being proposed, which deviates a bit from the World Bank estimates, is that the annual subsidy for a family of four is $1645, hardly a significant amount, which is indicative of the disastrous condition of the economy. The ration card is considered an alternative to the subsidies for basic commodities that the Central Bank provides today.

Diab has asked that the Central Bank or the Parliament fund the rationing card project rather than going through the government as printing more money would add to inflationary pressures since the lira lacks a fixed value. Another consequential factor is that the Ministry of Social Affairs has yet to develop a database of potential recipients, meaning that many people will not receive the card at all.

It’s time for the Parliament to recall that next spring there will be an election, and people will remember who came to their aid at the most depressing period in their lives.