Voices of Healing: From a Small Seed to an International Mission 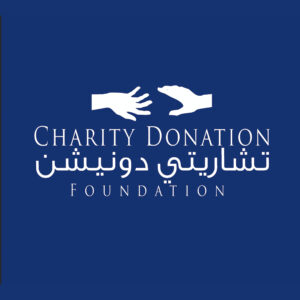 The statistics on Lebanon’s desperate conditions are well known. From more than 74% of the population living in poverty, to the erosion in purchasing power and the scarcity of essential goods, the situation is perilous. Yet the Lebanese people, as they have done for decades, refuse to be defeated. This is the story of one such person, Terry Bitar, a Lebanese architect studying for her MBA in the US, who turned her personal humanitarian initiative into an international effort, the Charity Donation Foundation www.charitydonationfoundation.org.

Her mission began simply enough in 2014 in her hometown of Zahle, gathering clothing for Lebanon’s most underprivileged families and combatting the challenging impact on local communities of hosting a large number of refugees. Services were provided to the needy, regardless of sect or political leanings, to spread the message of hope and national purpose.

Her work and the foundation’s reach have spread beyond Lebanon and it is now headquartered in Washington, DC. The on-field team remains as engaged and motivated to help and serve as ever, and in fact, their motivation has grown along with the increasing need on the ground in Lebanon. The team conducted more than 18 different campaigns since January 2021 with a total budget of less than $70,000 distributed among 5,200 beneficiaries and 12 NGOs in 12 different regions of the Bekaa and Beirut. Great results for a team operating under virtual management.

Bitar believes that civil society is the most resilient part of Lebanon, and Charity Donation Foundation’s consistent and ongoing weekly campaigns spread a message of hope and showcase the strength, resilience, and resolve of all Lebanese communities helping each other, side by side, to overcome all problems while carving new pathways for a brand new Lebanon. The Foundation has a vision for Lebanon in which the leadership works on behalf of the people, lacking sectarianism, serving a society that is civically engaged and ready to help, serve, and build together.

Bitar’s efforts have drawn international recognition, spreading its concepts for sustainable development in countries ranging from Egypt, to the US, France, Turkey, Pakistan, and Tunisia.

Due to Lebanon’s unprecedented economic crisis, Charity Donation launched emergency relief campaigns in March 2020. On a weekly basis and consistently since then, campaigns have continued with the aim of providing necessities, including food and hygiene products, to help support Lebanon’s most needy, including its middle class which has also grown deprived as a result of Lebanon’s augmenting economic downturn. 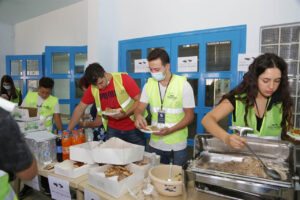 One of the Foundation’s most successful programs is a social enterprise called Love Bites. It is a Lebanese healthy snack brand that offers elderly, underprivileged women, and young university students the opportunity to pursue economic inclusion by producing food items. It ensures that team members can sell these products for a basic income, contributing to women’s empowerment and gender equality through economically inclusive social enterprises.

The Love Bites project has received funding from USAID and UKAID and produces more than 40 items In in different subsections, such as vegan, lactose-free, gluten-free, sugar-free, keto, and light-friendly.

The most recent project is a “Help Lebanon” campaign to get basic food parcels, baby milk formula, and medications. The target of the foundation is to raise $50,000 US, and is mobilizing across the US and Lebanon. Donors can make a great impact by supporting this effort to help the Lebanese families who will receive the aid. More information and ways to donate can be found here: www.charitydonationfoundation.org/donate. For more information on CDF programs in Lebanon please send an email here.