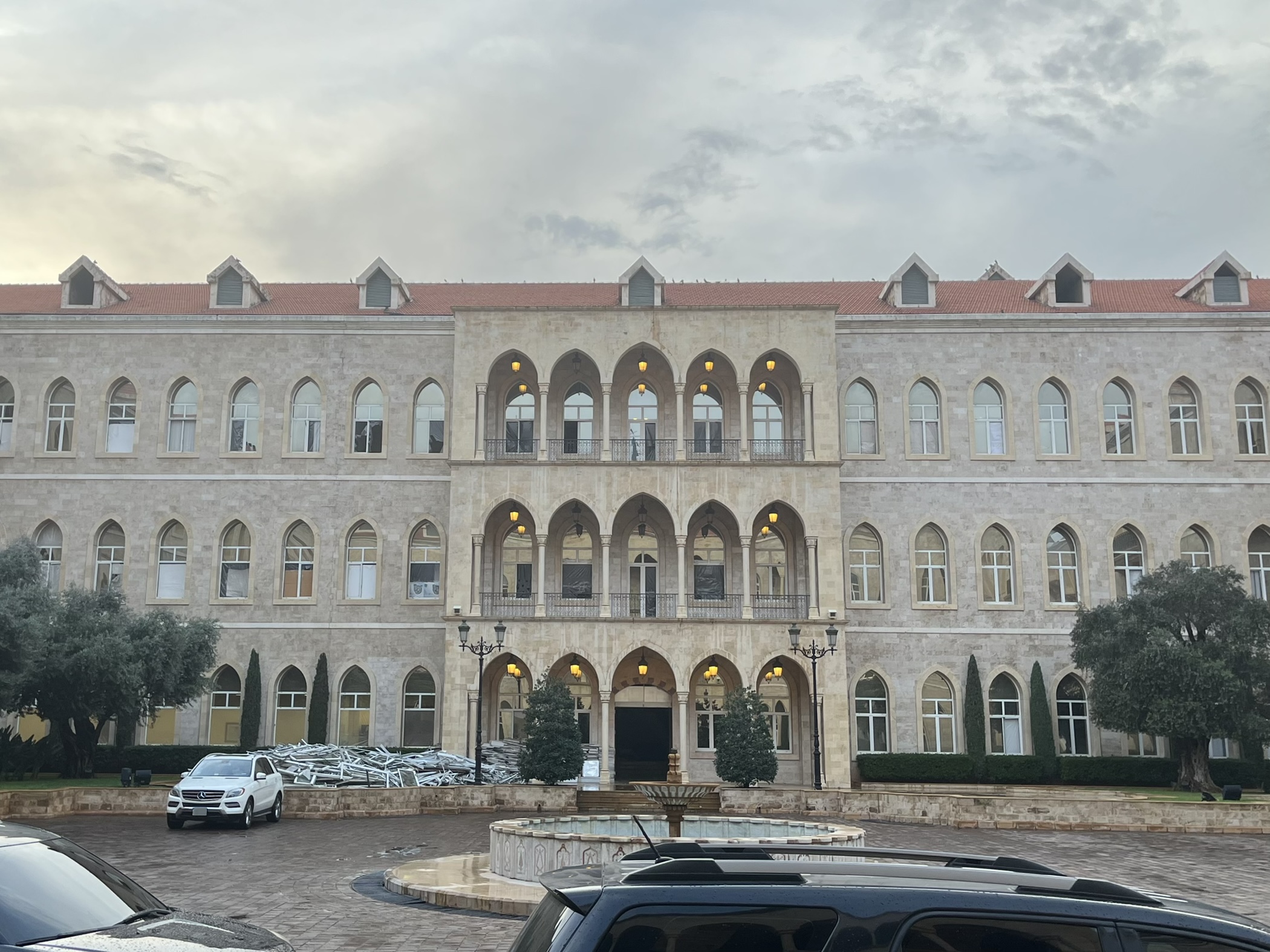 A food desert is commonly defined as a geographic area where residents have few to no convenient options for securing affordable and healthy foods. It is one of several terms I have learned in recent years that applies in part to Lebanon, and implies deliberate actions by one group towards another. Just as Patricia Karam notes in her recent article, “the political establishment was able to counteract all challenges to its stranglehold, entrenching itself by providing opportunities to its economic partners for kleptocratic appropriations.” This directly led to the devaluation of the currency, hyperinflation, and the resulting demise of the middle class and the loss of services and dignity for the poor and marginalized.

Recently, there were two related announcements: one from the Special Representative of the UN Secretary-General on Violence Against Children, Dr. Najat Maalla M’jid, who criticized the lack of progress in the country on protecting the young; and the other from UN World Food Program, which announced an increased allocation of $5.4 billion over the next three years to equally provide food aid to Lebanese and Syrian refugees in Lebanon.

At this point, Lebanon has certainly become a beggar state. Remittances from overseas remain the most important lifeline for many, if they can navigate the opaqueness of the banking system and Central Bank rules. Without an executive government and a parliament unable to elect a new president, the country is languishing. While those with means survive, more than 75% of the population remain in poverty, unable to sustain a quality of life with adequate access to food, education, medicines, and social services. State institutions, the banking sector, and public services are all in disarray. Look no further than the electricity sector which is still unable to provide more than 3-4 hours a day despite the existence of several programs that could double the available electricity.

Facing the reality that a new president must be acceptable to the major political forces and their international supporters, it would seem less and less likely that the systemic corruption can be ameliorated through a house cleaning. And what is left to protect those who are defenseless against the political elites? As the Policy Initiative argues in its latest paper, “The ills of Lebanon’s social protection system are not a result of financial or technical constraints. They are rather political. For decades, ruling elites have consciously eroded the social role of the state to prey on the population’s vulnerabilities as they arise.”

The Initiative’s analysis of the Economic Social Security Net (ESSN) program that is funded by the World Bank illustrates this observation very well. It points out that the politicians delayed the program for almost two years as they tried to re-position the program as a tool for maintaining their constituents’ patronage, circumventing the mechanisms for the transparency and clarity that were basic to the original design of this assistance. In addition, they fought the monitoring component of the program in order to avoid the detection of ineligible participants. While the assistance was finally disbursed earlier this year, a general pattern of political interference can be inferred from this case. It would be a safe assumption, then, to assert that this same kind of interference will be rampant in the ongoing negotiations over the IMF relief package and other foreign assistance programs.

As Lebanon continues its perilous journey into further economic turmoil, carrying a dysfunctional banking sector, driving out its precious human resources, and allowing the reform process to stall with a presidential vacancy, its sovereignty is in danger of being undermined by external forces such as Russia, China, and Syria – as well as the internal forces that directed by Iran. Although Lebanon’s old guard is counting on France and the US to ward off such a possibility, there are no reliable and credible Lebanese partners with whom international supporters can maintain viable and trusting relationships.

Given its political structure, the very nature of assistance to Lebanon gets called into question when well-intentioned initiatives and programs – like the ESSN cash-assistance program that is actionable and immediate – prove susceptible to corruption. When Lebanon’s friends outside the country are seemingly more concerned about Lebanon’s future than its current leadership, a deeper dilemma emerges regarding how much change it will take for Lebanon to become a viable, sovereign, and self-sufficient state. We’re still waiting for that answer. 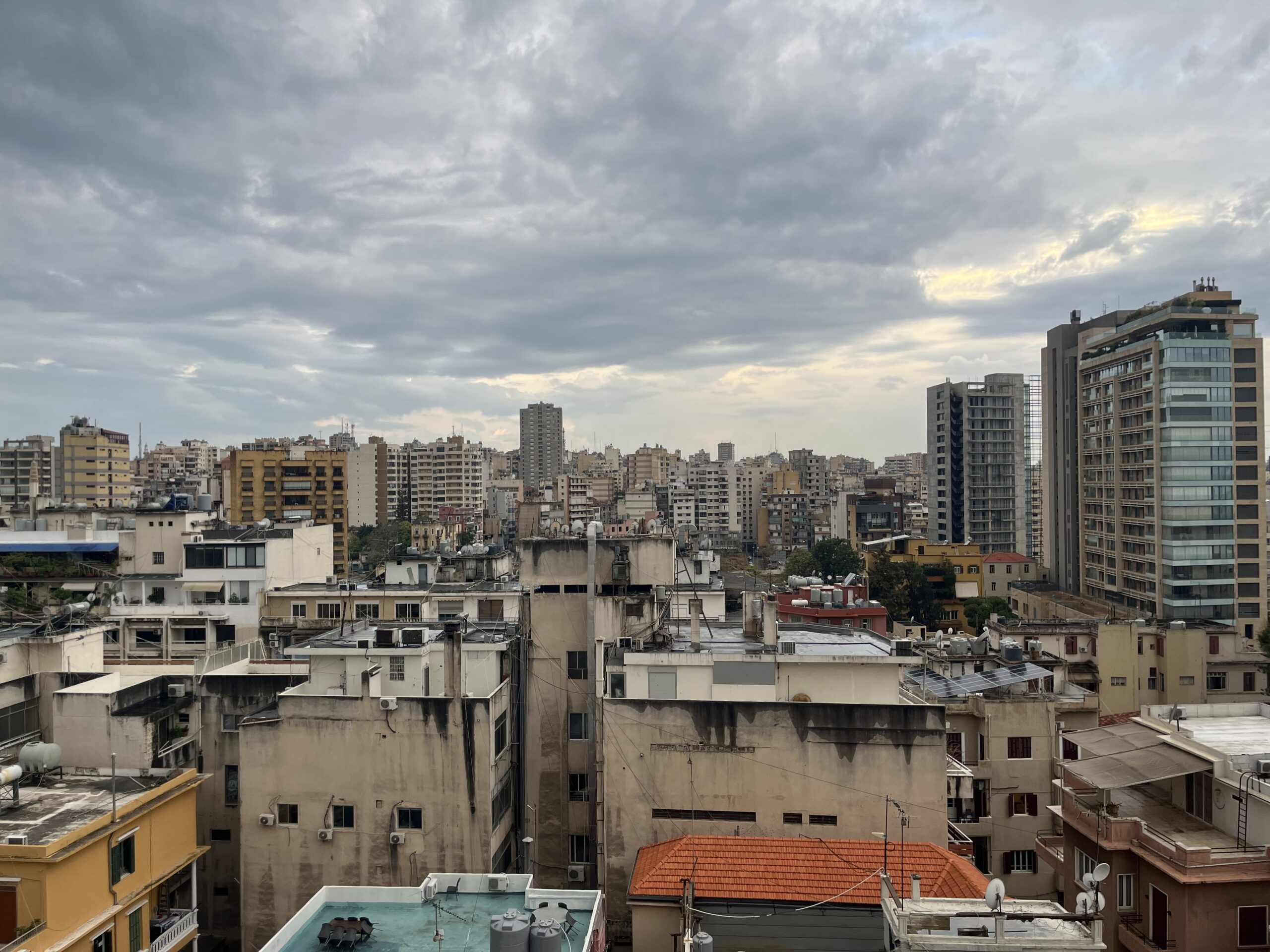 The House of Representatives recently passed the Captagon Act, legislation “requir[ing] a strategy by the United States Government to disrupt and dismantle the Captagon trade and narcotics networks of Bashar al-Assad in Syria.”

Introduced by Rep. French Hill (R-AR) with 17 bipartisan sponsors, the act calls for an interagency strategy to destroy the regime-backed network. It will need Senate approval to become law. 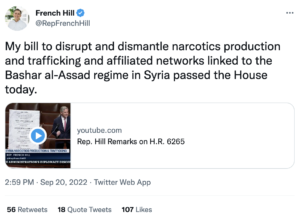 Captagon is a stimulant popular both in the Levant and in the Gulf. Its effects take about an hour to kick in and it gives one a sense of alertness or euphoria. For this reason, it is routinely used by combatants in the region’s conflicts, partygoers in the wealthy Gulf States, or those struggling to make a living such as one man who remarked:

“I can work for two or three days non-stop, which has doubled my earnings and is helping me pay off my debts.”

The Center for Operational Analysis and Research (COAR) notes that captagon production shifted to Syria around the early 2000’s because Europe began to step up its own drug enforcement efforts.

The network is growing and professionalizing, now expanding its operations to more dangerous drugs such as crystal meth. In 2020, the value of the trade in the region was estimated at $3.46 billion in 2020.

Sources identify Maher Al-Assad, the president’s brother who controls Syria’s 4th Division, as the prime trader of the drug.

How does this connect to Lebanon?

COAR notes that in the mid 2000’s Lebanon’s weak central state and inability to enforce anti-trafficking efforts opened the door for the industry to develop within its borders. Reports suggest that Iran even provided actors within Lebanon with drug equipment following the 2006 Hezbollah-Israel war. In 2007, Lebanon was the first country in the region to have a captagon lab identified and reported to the United Nations Office on Drugs and Crime.

Caroline Rose with the New Lines Institute has done extensive research on this and notes that the Assad regime relies on fellow armed groups such as Hezbollah for technical and logistical support. The labs in Syria are often in Hezbollah-controlled territory in communities along the Lebanese border, outside Damascus, and around the port city of Latakia.

Lebanon’s porous border with Syria is a key transit route for traffickers of the drug.

Furthermore, Lebanese border towns are struggling under the influence of the trade.In addition to corruption within the judiciary, there are credible reports of kidnapping and torture for local residents who stand up against the trade.

The association that the international community is making between Lebanon and captagon trafficking is also hurting Lebanon’s economy. In April, Saudi Arabia placed a ban on all agricultural imports from Lebanon after authorities seized over 7.8 million captagon pills at the port of Jeddah. Preceding the ban, Former Lebanese Agriculture Minister Abbas Mortada remarked that Lebanon’s fruit and vegetable trade with Saudi Arabia was worth around $24 million per year.

Lebanon’s key vulnerability in this situation is its border with Syria. Recent efforts to establish a shared maritime boundary between the two countries are encouraging.  However, more must be done to secure Lebanon’s land border with Syria as well. The LAF has called for an additional border unit and less political interference to be able to secure more of Lebanon’s borders. Increased support to the LAF is a crucial element to combating regional drug trafficking.

Competent customs authorities are also vital as the smugglers know how to exploit weaknesses in Lebanon’s legitimate crossing points. One Lebanese official remarked to AFP that “At (Lebanon’s) Tripoli port, for example, the scanner always needs repairing on the wrong day, or is inadvertently switched off.”

Furthermore, law and order in Lebanon are at stake here. Lebanon should not allow these drug traffickers to exploit Lebanese communities any longer. These individuals are criminals and should be prosecuted and imprisoned.

Hopefully the Captagon Act will become law. When it does, Lebanon will be at the centerpiece of US strategy to counter the trade, and the Lebanese people would greatly stand to benefit. 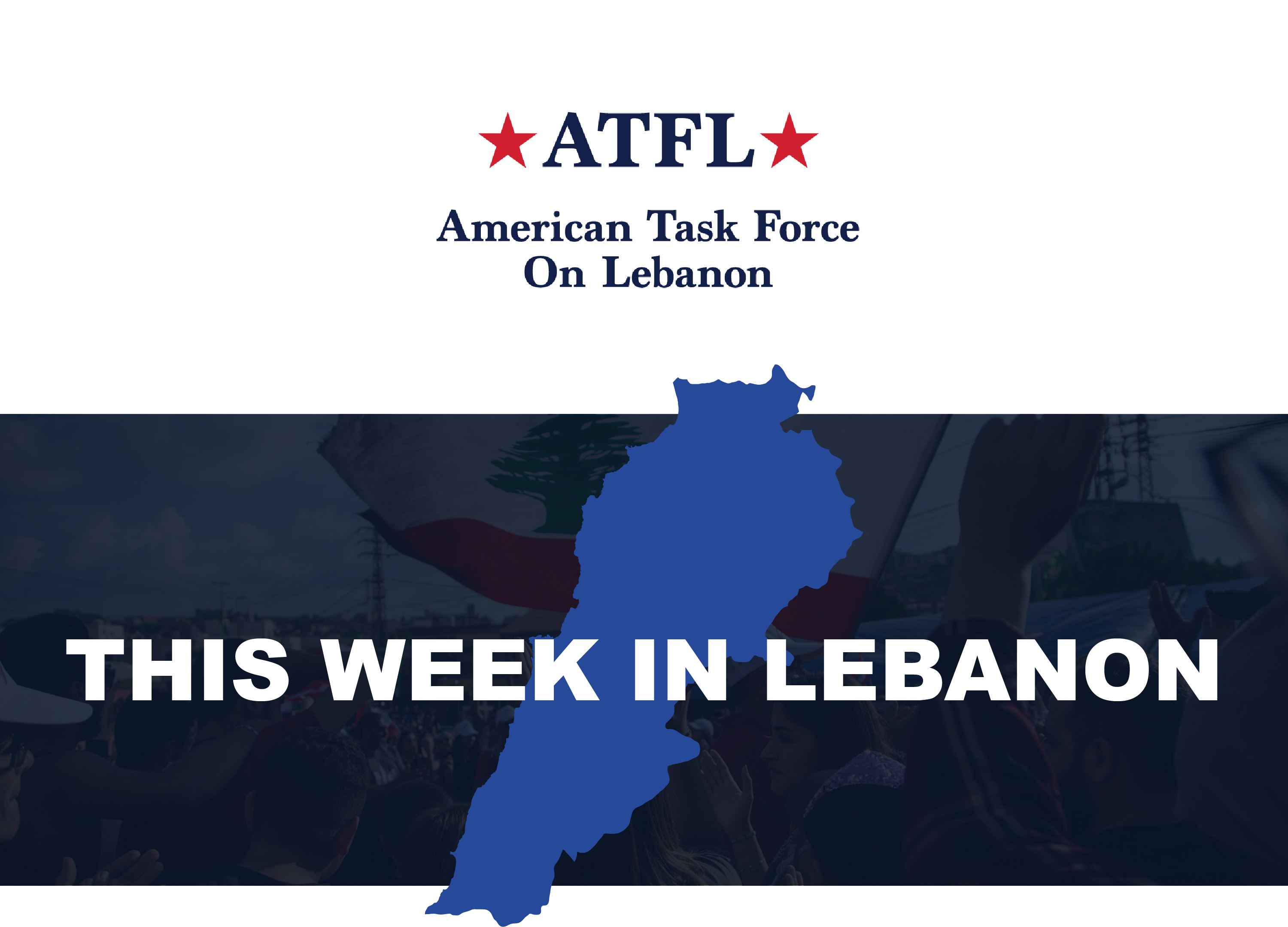 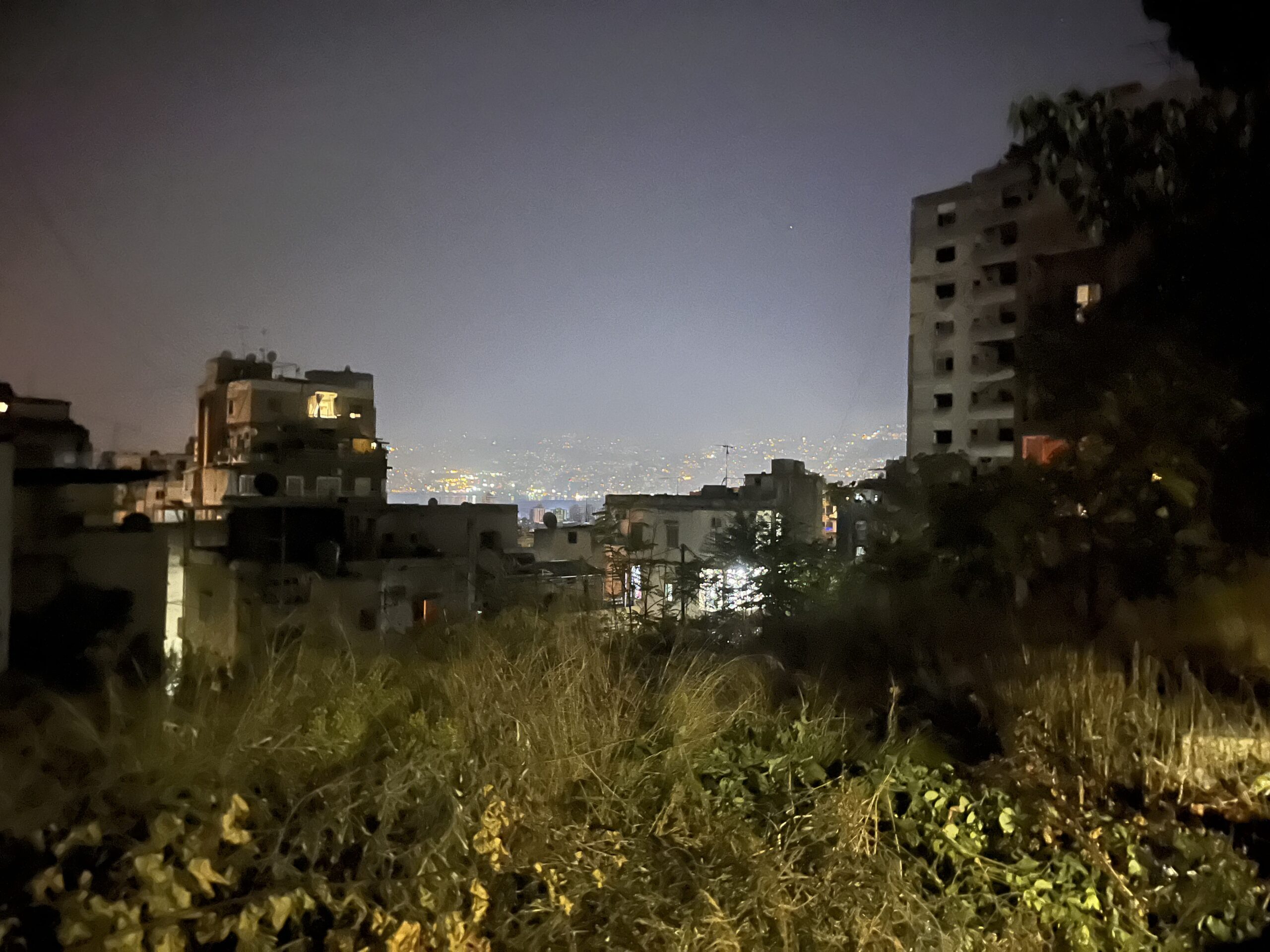 Lebanon’s fragility is underscored by its gravely weakened education and health sectors; the miserable condition and cost of public transportation; its devalued economy; and the ongoing threats to its security and stability. Anyone who says that these are temporary conditions has not been in the streets of Lebanon lately. Consider the cholera-infested areas of the north, Lebanese dumpster diving in Beirut, or the littered streets and beaches. While there is some agreement that a consensus president is needed, the lack of agreement on implementing the IMF reform package is less reassuring.

As I wrote last week, “It’s clear that international assistance from donors such as the EU and the US are the only remedies for keeping health-care facilities operating. The costs of most procedures, scarce and insufficient medicines, and the migration of health professionals spell doom to Lebanon medical infrastructure. Even though 80% of facilities are private, the challenges to both the private and public sectors in health services are enormous. For a patient to complain that being in a hospital is like a death sentence due to inadequate facilities, personnel, and medications exposes the depths of despair of Lebanon’s once stellar health sector.”

Unfortunately, the education sector is similarly troubled. With teachers emigrating and the remaining paid infrequently – many of whom left without the means to meet their transportation costs and switched to contract employees in order to avoid social security, medical insurance, and other benefits – the sector has been severely degraded. This is true across the 325,000 public sector employees (2021), including among the security forces.

The hollowing out of state institutions and protections of civil and human rights will delay the reconstructing of a credible, professional public sector. The first needed remediation is a package of social support services that are inclusive, equitable, and transparent. As of now, the social contract between the state and its employees is frazzled, fraught with omissions, exclusions, and nepotism, and subject to the whims of political leaders ensuring their survival by pandering to their constituents.

So, not only do politicians need political will to rebuild the state,   state institutions require a backbone of qualified, well-compensated public servants that are committed to the country by carrying out their work efficiently and transparently. It is the substitution of these sectarian networks that has undone the country and poses the greatest threat to its recovery.

But the issue is much deeper than the decline of the social cohesion of the country. According to the 2021 World Bank Governance Indicators as reported by Byblos Bank, Lebanon is ranked at 9% in Political Stability, while Qatar is tops at 83%. Lebanon scores ahead of Palestine, Sudan, Libya, Iraq, Yemen, and Syria. The reality speaks for itself. Lebanon has diminished its once highly regarded civil society to the status of pariah or broken state.

So build, back, better Lebanon without the carnage of the past 30+ years since Taif. And give your children, women, and youth a reason to invest in their futures inside the country.